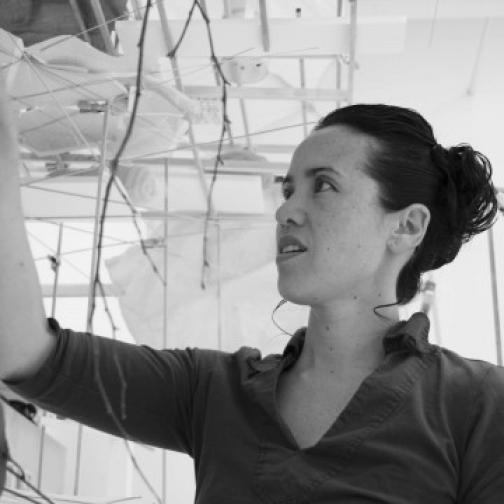 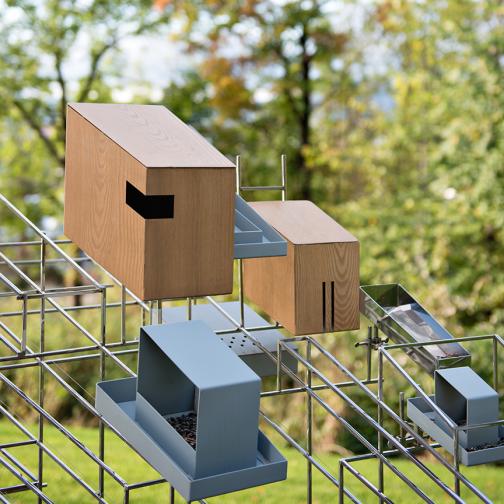 – How do you make a piece that as a sculpture is really interesting, so that it is more than just a habitat, more than a bird feeder or a bird house?

American artist Sarah Sze (born 1969) is preoccupied with the interactions between the public and works of art. Her installations are often placed in such a way that they are made accessible close up. Given enough time, outdoors sculptures will change in character, just as they will change their appearance in different seasons of the year. Thus, she thinks of her outdoors works as an interesting form of experiments.

Still life with a landscape (Model for a habitat) might well have been conceived for a park. Birds and insects thrive in the steel and wood construct, and the spectator is taken in by a sculptural environment in dialogue with nature.

A version of this work was mounted in another park, New York City's High Line, in 2011–2012. It was received the AICA Award for Best Project in a Public Space by art critics. She represented the United States at the 55th International Venice Biennale in 2012–2013.