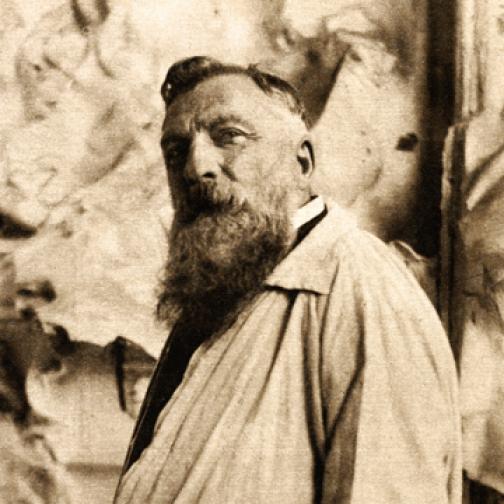 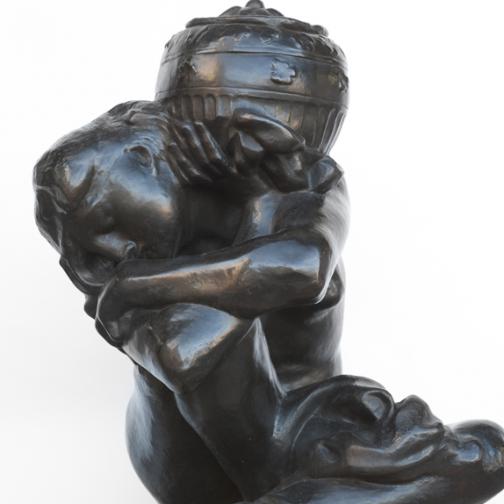 – The body always expresses the spirit whose envelope it is. And for him who can see, the nude offers the richest meaning.

Auguste Rodin (1840–1917) is among the most famous sculptors within realism and figurative art. Rodin wanted to be an artist from an early age, but it was a long and rocky road. But by the 1880's, he had made it to the top, and at the end of the century he was internationally renowned.

Originally, Cariatide tombée à l’urne was part of the larger project The Gates of Hell, a work in the shape of a portal to a French museum of decorative arts that was planned, but never actually built. This entrance was to be encircled by numerous figures, some of which he used individually in various sizes. One of them is Eva, the second Rodin sculpture in the park.

In classical architecture, a caryatid is a column in the shape of a female figure. Cariatide tombée à l’urne hasn't been able to keep upright, but has collapsed under the burden of the urn. Auguste Rodin himself considered this to be one of his most popular characters and best overall compositions.