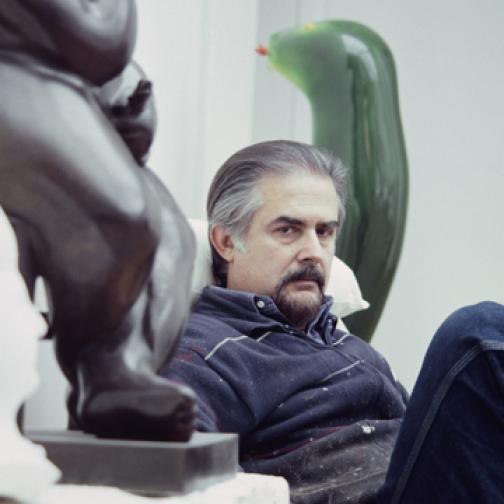 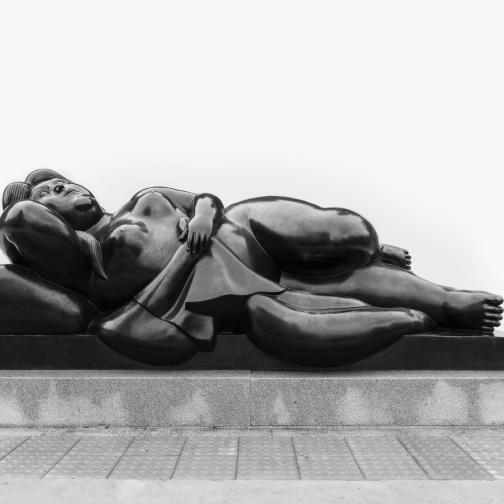 - Sculptures permit me to create real volume… You can touch the forms, and give them the smoothness and the sensuality that you want.

Colombian artist Fernando Botero (born 1932) is a self-taught painter and sculptor. In his younger days, his motifs were inspired by Colombian and Spanish art. Later on, the Mexican painter Diego Rivera was a paragon. Botero is renowned for his themes that depict men and women in a figurative, naïvistic manner.

Despite the obstacles he has met on his way, Fernando Botero's determined work has earned him international renown, and his easily recognizable style has been dubbed Boterism.

The sculpture  Reclining Woman depicts the female form in a posture that is reminiscent of classical art. A reclining and relaxed woman has been a favorite subject from the renaissance until our times. In earlier periods, the woman was likely to be rendered within a landscape, but later on, the subject was moved indoors.

The sculpture is an example of Botero's ground rule: Art ought to be an exaggeration of reality, both in terms of size, shape and spirituality.