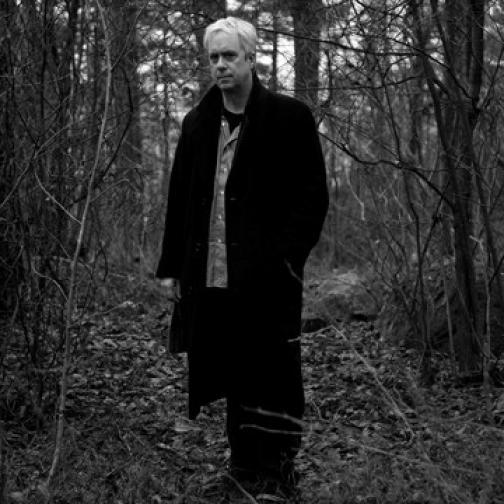 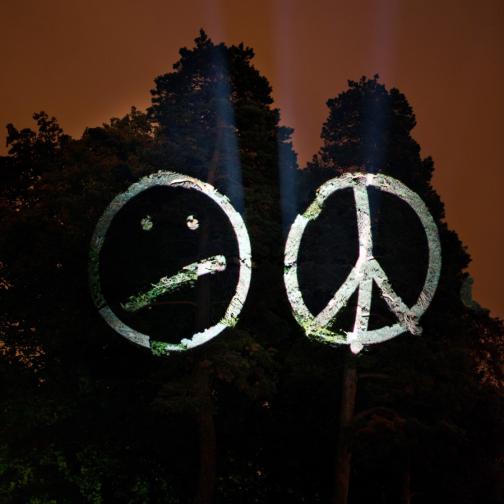 – Visually we travel through the performative human formation of runes to the geometric optical telegraph, continuing on with cellular technology and the ever present information cloud represented by the projections into the trees.

Tony Oursler (born 1957) is an American artist who is primarily known for his installations, video works and performances. He likes to combine light, sound and sculpture in his striking works. During the 1990's, his Talking Lights made him well-known, and The Influence Machine (2000) made him even more visible, using light projections on trees, smoke and buildings in New York City's Madison Park and London's Soho Square.

Oursler has conceived three works specifically for the Ekeberg Park. They are independent of each other, yet they create a common context. The artist has also been inspired by the history of communication, in particular our relationship with technology and language.

The projections Cognitive & Dissonance question how truth and content are produced in this internet age. The work can been seen in the dark. At dusk, it appears in the foliage, and shows us the teeming telecommunication network that perennially surrounds us.