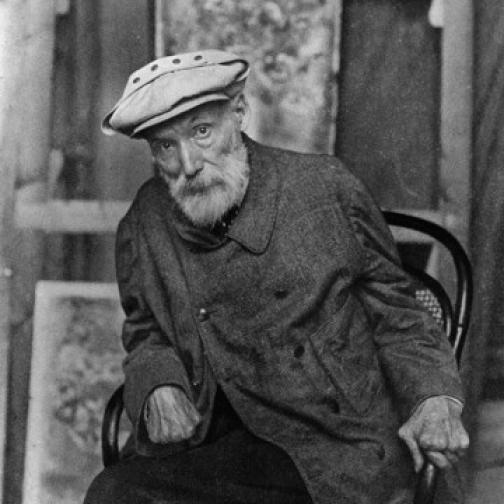 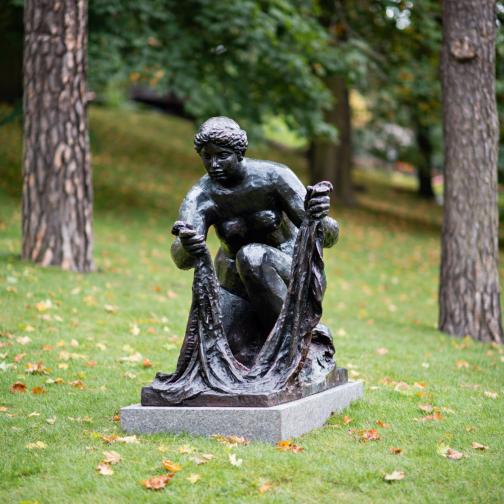 – I never think I have finished a nude until I think I can pinch it.

Pierre-Auguste Renoir (1841–1919) is amongst the most famous artists in the world. As a figurative painter he was a major influence on the impressionist movement. Renoir was the foremost artist in terms of painting women. Due to an illness, he changed his mode of expression. He collaborated on a number of sculptures with the younger artist Guino.

Renoir looked to Greco-Roman sculpture for paragons. It was called “le retour au style”. Nevertheless, Renoir's curvaceous, enchanting female figures have a lot in common with his sensuous paintings of women.

La grande Laveuse depicts a woman washing clothes. Originally, the sculpture was conceived as part of a group with a male figure, Le Forgeron (The Blacksmith), as an opposite. They were to represent the antagonism between water and fire, woman and man. However, Renoir only brought about the female figure. La grande Laveuse was the last sculpture Renoir finished in collaboration with Guino.

The Ekeberg Park has another Renoir sculpture, Venus Victrix.