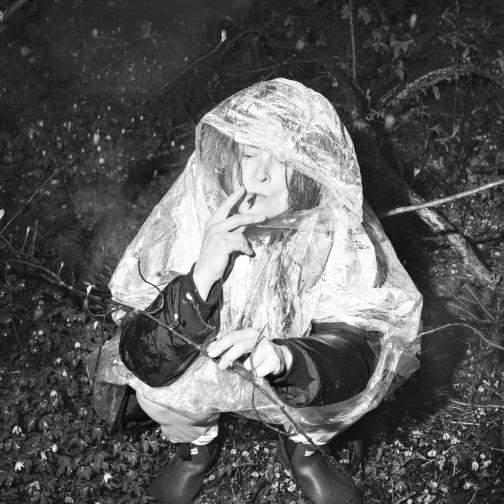 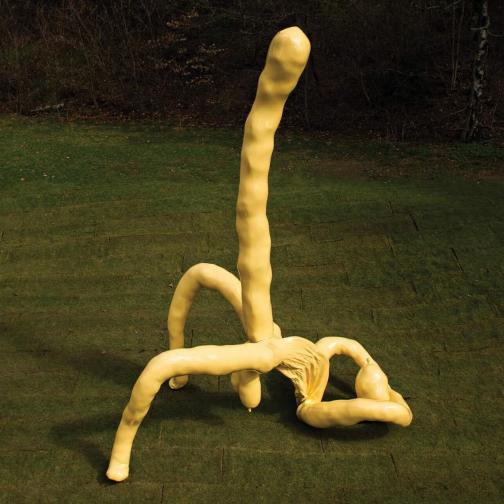 - I take licence to exaggerate a bit, especially in the nob department. It’s more like Man Who Fell to Earth.

Sarah Lucas (born 1962) is one of Britain’s most significant artists. She is considered a part of Young British Artists. The group emerged in 1988. They differed from the rest of the art world in their use of ”shock-tactics” and their attitude that was both oppositional and entrepreneurial. Other members were Damien Hirst, Gary Hume and Tracy Emin.

Sarah Lucas art consists of installation, photography and sculpture. In her sculptures she often uses the human body as base when she deals with themes such as sex, life and death. Her art is playful, with irony and humour.

In 2015 she represented Britain at the Venice Biennale with the exhibition I Scream Daddio. The parks sculpture originates from this.  Deep Cream Maradona is Lucas’ largest sculpture so far. It turns the tradition of the reclining female nude on it’s head with the male figure.

The sculpture got its name from the colour it is painted in and from the Argentinian football player Diego Maradona. Even so, it is ambiguous. It is part male, part maypole, with its enormous phallos and arched body.